In Ideas Have Consequences, Weaver spends a couple pages in the chapter on Egoism talking about work, work ethic, and personal integrity. It struck me as imminently applicable to the housewife.

Our attitudes about our work and our approach to it could very well indicate that we’ve imbibed the ideas of our culture even if we deny them intellectually.

Weaver reminds us that in the medieval world, labor was a form of worship that contributed to one’s character, whereas in the modern world it is merely a commodity to be bought and sold. Now we prize economics above all, with no trace left of the concept of honor and integrity inherent in a man’s work, regardless of price. Men now see “profit only, not duty and honor, in work.”

In housework, this results in not believing it is valuable because it has no market value, no monetary compensation. In a world where all things are given a price tag and most rewards are economic, the housewife has made herself an anomaly. She does not traffic in that system at all, so if she looks to it for her value, she will find none.

The situation deteriorates because the idea that work is something apportioned out by men leaves people discontent with their portion and dubious about whether work is a good thing at all. 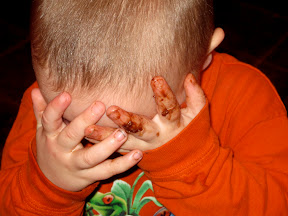 Here he is pointing out that we often view work as something assigned from those above us in our jobs. There is no work intrinsically worth doing; the work done is done because it’s part of the job allotted to us. But how does that mentality translate to housework? It doesn’t. And, if we fall into that mentality, we might grow in resentment toward our husbands as the one who’s “hired” us for this work or our children, the ones who have created most of the work.

In the modern world, we conceive of ourselves as primarily consumers rather than workers. We work because that is how we gain the means to consume. But, of course, housework gains us no means of consumption. It is just there, to be done, and to be done again after we’ve finished. How often we think we’re entitled to refreshment, recreation, and mindless consumption after completing some task – for we have believed the lie that the point of work is to make possible a consumer lifestyle rather than viewing work as rewarding in itself.

If it is consuming that defines our status, then work is the curse that makes consumption possible. Thus, motivation to work is increasingly nonexistent. There is no satisfaction, honor, and identity in a job done well for its own sake, or for integrity’s sake.

When each becomes his own taskmaster and regards work as a curse which he endures only to gain means of substistence, will he not constantly seek to avoid it?

Indeed. Will we not? Do we not?

Yet we know biblically that while difficulty and futility in work is part of the curse, work itself predates the Fall and is part of what we were created to do: tend the garden. And Christ came to reverse the curse. Our work is still subject to futility, but in Christ, through faith, God redeems even our work, using it as a means to sanctify us. In the New Heavens and New Earth there will still be work. We will not all be sitting around on puffy clouds, bored out of our minds, strumming harps. No, we will then be able to live out what we were intended to from our creation – tend and keep the garden, now made perfected city.

So to view housework as a curse is to buy into the modern lies. Yes, it is often hard and frustrating, but it is not pointless and it is an offering of ourselves that we give not only to our families and churches, but also to God. It is worship when done with integrity in faith.