Although the idea of classical homeschooling can be intimidating and appear unreachable, it is far more down-to-earth than we might think. This task is not too lofty for us, homeschooling moms with households to run; in fact, our very lifestyles are an asset, not a hindrance. As Sarah wrote in “You’re More Classical Than You Think“:

Often, the most meaningful changes take place not when we overhaul our entire lifestyle, but rather when we make a subtle shift in paradigm.

The goal we pursue is one such subtle shift we must make.

If you’ve ever thought you needed to focus more on character than your curriculum checklist, you might be more classical than you think.

We all pick up our ideas about what education is and what it is for from the education we received and from the way we were raised. This leads to confusion when we encounter classical ideas about education, because we are using the same word and similar practices, but for very different purposes. Modern education tends to be utilitarian; that is, concerned with usefulness, with economic advantage, with production. Classical education has always been aimed at forming a certain type of person: a free man. Now, classical methods can be employed for utilitarian ends, and they often are. When we take classical methods and use them in order to get good test scores, in hopes that our children will get good jobs, or in order to get into a prestigious college, then we are actually pursuing the ends of modern – not classical – education.

SC021: Virtue Is the Goal of Classical Education

When we react against this utilitarian vision of the person, where the goal is all about how much money is earned, we speak of things like “character training.” We’re tempted to toss out the methods we were using that left us smart but critical, when it was our aim – not the methods – that was the problem.

We don’t need to abandon structure or high standards in order to focus on character, though we are right to swing the pendulum that direction. One’s soul is more important than one’s resumé.

But there’s a third option: classical methods paired with classical aims. And the aim of classical education throughout the ages has always been virtue.

Virtue has its roots in the Latin word for man, vir, and to the Romans it meant moral excellence, all the characteristics of a valiant warrior, a good citizen, and an upstanding statesman.

We must learn to see knowledge as they saw it, a way of understanding the world, discovering a just course of action, and using those intellectual skills of language in the service of active virtue. Education, in antiquity, was never separated from the larger purpose of forming a virtuous person.

Indeed, Plato identified virtue, or desiring and acting rightly, as the main aim of education, which is the pursuit of truth:

Education is teaching our children to desire the right things.

( quoted from The Great Tradition )

Our knowledge, actions, and desires are all bundled up together, and should be aiming toward truth, goodness, and beauty: that is, harmony, morality, virtue. 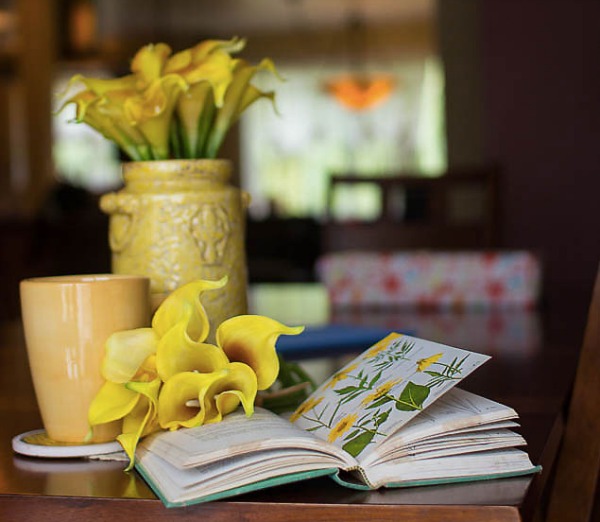 This view of the purpose of education continued through the Middle Ages, as the Church undertook the education and civilization of Europe; because moral excellence was the aim of the classical educators, their methods and philosophy could be readily transformed into the Christian era. After all, if virtue means an excellent man, is not Christ the epitome? And are we not to become Christ-like? So the aim of education – virtue – transitioned into Christian education.

I love this excerpt from a letter Charlemagne, a Christian emperor of the Holy Roman Empire in the eighth century, wrote about the education reforms he enacted:

Those who seek to please God by living aright should also not neglect to please him by right speaking. […] We have often received letters from different monasteries, […] though in themselves most just, were expressed in uncouth language, and while pious devotion dictated the sentiments, the unlettered tongue was unable to express them aright. […] and we all know that though verbal errors be dangerous, errors of the understanding are yet more so. We exhort you, therefore, not only not to neglect the study of letters, but to apply yourselves thereto with perseverance and with that humility which is well pleasing to God.

( quoted from The Great Tradition )

In this excerpt we see that knowledge, understanding, expression, and devotion are all tied up together and cannot be separated. They all build on and affect the others. To become more full in any one of these areas, one must strive faithfully in them all. Studying matters. How one studies matters. Character is built in and on study. Study is made complete in humility and charity.

Centuries later, John Milton, in a treatise on education, said the same thing:

The end then of learning is to repair the ruins of our first parents by regaining to know God aright, and out of that knowledge to love him, to imitate him, to be like him, as we may the nearest by possessing our souls of true virtue, which being united to the heavenly grace of faith makes up the highest perfection.

The aim of education is to know God better, and the more we know God, the more we love and obey Him.

So what is virtue?

We were created whole and perfect, and we have an innate desire to seek that which has been lost. Growing in knowledge and understanding is part of growing in virtue, toward growing in sanctification or becoming more Christ-like. All the world testifies of God’s glory, and so it is good for us to learn of God through the Scriptures, of God through His creation, and of God through His image-bearers and the story He’s working in history. As Irenaeus said, “The glory of God is man fully alive.” Learning is one way to become more fully alive.

To be virtuous, however, we must be diligent, persevering in the midst of adversity. Virtue isn’t a magic trait that smooths paths and makes life soft and easy. Rather, the opposite is more true. Virtue is forged in the furnace of trial, temptation, and difficulty. You can’t have courage without fear. You can’t have patience without irritation. You can’t have self-control without warring desires. Virtue is a fruit God grows in us through adversity. So even the small temptations to cry over math, to skim an assignment rather than reading to know, to play instead of write are opportunities to exercise our virtue muscles – and, praise God, the strength to follow through comes from Christ and not ourselves.

The more we lead our children through their struggles so they can grow stronger (rather than feeling like failures because the struggle exists), the more we will find peace and rest in our souls even amidst the petty troubles of daily home life. 
### Sign up for the free monthly Scholé Sisters Newsletter

*camaraderie for the classical homeschooling mama*