Once or twice a week, my two Latin students (aged 9 & 11) and I sit down to do Latin together. I hand them a parsing worksheet I’ve made and I have my Henle stack. I work on the next Henle exercise until someone needs help or thinks they’re done (they aren’t done until it’s all correct, so they’re never done when they think they are). After a school year of this (though we’ve definitely missed weeks), I’m through the first two lessons of Henle. :) Only 40 to go. 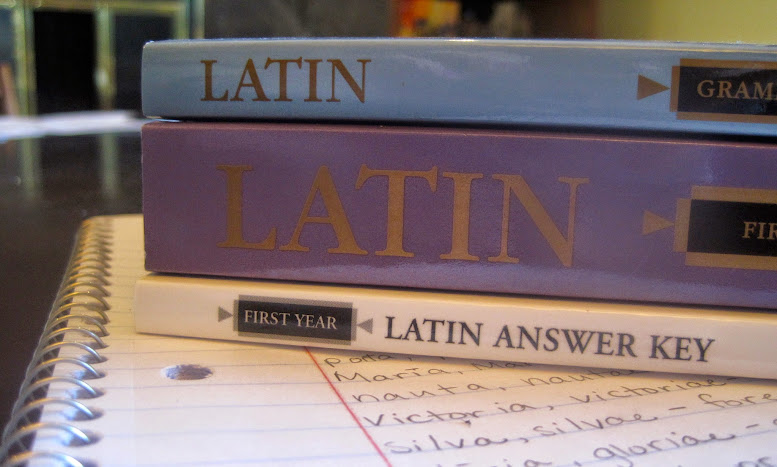 At this rate, I might finish Henle before my last child graduates – maybe.

Don’t forget the SISTER20 discount code Classical Academic Press is offering us through March! And see how you can win a year’s access to Headventureland at the end of the post.

Because the primary argument that pulled me into studying Latin in the first place was the grammar argument, I wanted to make sure we took a strong translation approach. Latin for Children provides translation and reading exercises, but since we weren’t moving on until we had some semblance of mastery on the chapter, we needed to do something to work toward that mastery, and it seemed like full parsing and translating was the best thing to do – after all, it’s what created the most resistance. The more we practice it, I figure, the better they’ll get at it, the more accustomed to it they’ll be, and the more they’ll understand how Latin works.

And, as John Milton Gregory states in the seventh of his Seven Laws of Teaching, “No time is wasted which is spent in review.” 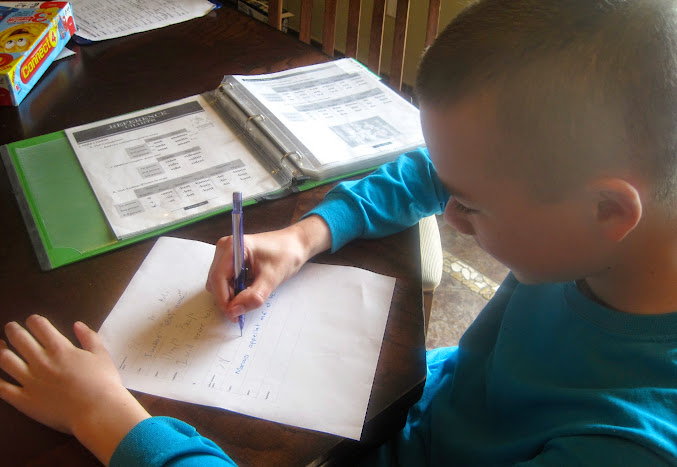 And, by sitting down together as we do it, I am able to tutor them much more effectively. In parsing and translating, I can see where they are currently struggling:

In parsing and translating a sentence, they have to remember everything they’ve learned to date and use it. No multiple-guess quizzes, no fill-in-the-blank by guessing the teacher’s mind – rather, actual, meaningful usefulness.

No matter how much they cry or argue or complain, it is good work and they are better for it afterwards. They are learning to be careful and deliberate and accurate, and those are skills that will serve them well even if they never read a lick of Latin.

So, I use a simple practice page for this that I created not because there are not enough review materials in Latin for Children as it is, but because it simplified our review process. I pull sentences provided within the LFC workbook, but copy them onto these sheets for a few reasons:

In helping my boys through these translation exercises over and over again, I have finally made it over my own Latin difficulties and see how the endings work, what they’re doing, and that they are communicating something. I have several key phrases I repeat each and every time as I help them over their own bumps and stalls:

The good news is that after about 100 repetitions of the same question, they actually do start to ask it themselves. Just when you think it will never happen, suddenly you hear one muttering the question under his breath to himself and then you know it was sinking in after all. Just don’t be surprised if it takes a solid year – or two.

It takes patience, certainly. So we are all being stretched and growing: they are learning discipline and I am learning patience – and we are all learning perseverance. Learning is often difficult, and that’s ok.

We used to only do two sentences in a sitting, because it stretched them so much. Now they can do four, and though some days are still tearful, by the time we’re done, we’ve pulled through and taste success.

Learning to read Latin might be an important classical aim, but even if we never do, learning Latin will have made us better people.

I’ll email you this translation worksheet for free, just enter your email below:

Another handy thing about this translation practice page is that of course you can use it with any Latin program. Maybe you’ll even be able to compose your own Latin sentences – just realize that while parsing them, your child might catch a grammar error in your construction. Just sayin’.

Of course, my kids’ favorite method of Latin review is the interactive Headventureland site from Classical Academic Press. That Latin assignment is often the first one checked off on their daily list. Videos, puzzles, games, rewards for passing vocabulary drills, all make Latin review fun and effective. Disclosure: Classical Academic Press graciously gave us two memberships to Headventureland. However, we chose CAP materials over the other programs out there and purchased our own Latin for Children Primers A & B. We have been using them for four years now and will continue into our fifth next year. This is not a sponsored or paid post.