I do believe Charlotte Mason’s plan for nature study is the best method for elementary science, but making it out of the house with all the young ones in tow and all the supplies on hand can be daunting – easy to procrastinate.

Three years ago, when I was pregnant with #5, planning for a school year where I’d be pregnant for the first half, deliver a baby midway and then have a newborn, I knew nature walks were not realistic. Maybe we’d make it out a hand-full of times, but I couldn’t count on it. But my boys enjoy drawing, and I’d just read some Wendall Berry about growing to love your very own Place, and so I made a plan I knew could happen and that I was happy with: Nature Journalling would be independent work in our very own backyard. I decided nature journalling was what I wanted most, and teacher-talk, guided learning, and visiting new places were not necessary for us at that point. Nature study went on the boys’ independent checklist, and all I did was check the lists and ooh and aww over their finished work.

It worked well for us that year, and I’m adapting a similar plan again this year, even though I’m not pregnant. Then if nature walks happen, they are bonus Good Things, but nature journalling happens regardless.

Here’s how I assign it so that we’re never behind and it’s hands off for me.

With supplies, there is a trick between balancing accessibility and accountability. I don’t want to have to babysit the supplies, but I also don’t want them left outdoors.

Here was my compromise:

I kept colored pencils in a box with a sharpener, along with each child’s nature journal in a diaper bag in the coat closet. On Wednesdays, which was the day that had the nature journal assignment on their checklist, I pulled down the bag and they could get their stuff when they needed it. I put it somewhere it would be in my way so I’d get it put away before the end of the day, checking first to make sure the child had put his stuff back away. Of course, half the time he hadn’t, so I called him to do so before sticking it back up high.

Last year, I kept the same diaper bag with the journals ready to grab-and-go for nature walks (which we did more frequently), and it did have a container with some colored pencils, but we’d returned at this point to each person having their own set of coloring utensils (some chose pencils, some chose crayons, I’m not doing watercolors), so before we’d leave, I’d have each person grab his own set and stick it in the bag.

This year, the older two will not only have their own container with supplies (I love these, especially for nature walks, because of the handle), but will also keep their nature journal in them. The diaper bag will still hold the supplies for the 7-and-under crew, but the 10-and-up crew have enough experience, desire, and know-how to keep their own nature journal, and they will be free to add to it above and beyond what is assigned. 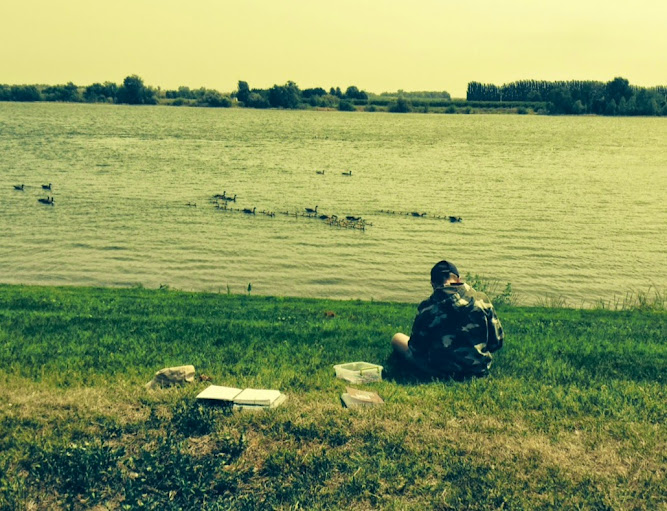 (The year we did independent nature journalling, I also took hardly any photos. This is from an Official Nature Walk last summer.)

We homeschool with six-week terms. So, I chose 6 things in our backyard and assigned one per week. This way, they were observing the same things through the seasons Here’s our backyard nature study assignment that goes on their weekly school checklists:

So, with that on their checklist, they simply grab their stuff at some point during their Independent Work (funny thing, they usually pick it first), head outside, and draw. I think it’s a great way to get more nature journalling in because it helps them open their eyes to their very own home and see with new eyes what had been simply background.

If a week gets skipped, I shrug and say, “Oh well, hopefully next term we won’t skip that week.” This is “Pick up where you are and do the next thing” planning, not “We absolutely have to have 36 drawings in our nature journal before the school year is over” planning. 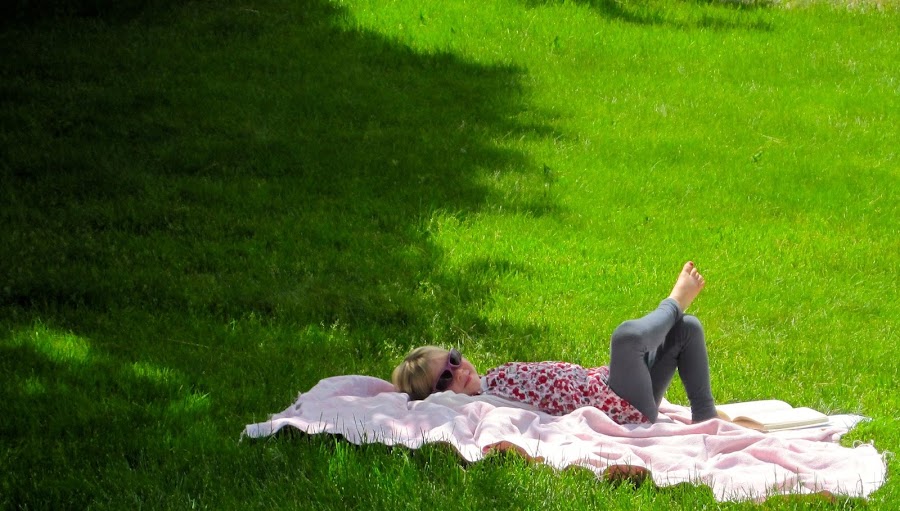 Interestingly, when nature journalling was an independent work item, they did more of it in their free time, too. It seemed to occur to them more often that it was something they could do. They could get their stuff and go outside and draw something that caught their eye. When nature study has been an Event – even these last two years after the independent work assignments – they tend to simply wait for the Event to happen to them rather than think of doing it on their own, in their own yard. So, back on their independent checklists it goes, even though we’ll be trying for 1-2 nature walks per term as well.

If nature study has been hit-or-miss in your house as it has in mine, remember that something is better than nothing (depending on the thing), and be willing with me to not let the Perfect CM Nature Outing be the enemy of actually making time and space for your kids to get out and observe and draw.