Last week the Supreme Court of the United States accomplished something I never expected in my lifetime: they overturned Roe v. Wade.

Near the end of “pride month,” when it seemed America was panting to swirl down the toilet faster, a flash of light nearly blinded both sides.

Of course, what followed the Supreme Court’s ruling was certainly not unexpected: both fervent celebration and furious outrage.

The outrage really was outrageous. The chants of “Two, four, six, eight, you can’t make me procreate,” the claims that next up all contraception would be made illegal, the assertion that women will be prosecuted for miscarriages or D&Cs.

It is certainly enough to make one cock one’s head and blink with furrowed brow. What in the world?

This comment didn’t jive with my daughter’s understanding of Planned Parenthood and she didn’t know how to respond to that, so she said, “I just think murder is wrong.” And to that response, the twenty-something behind the counter was confusedly, angrily speechless.

Abortion is not a women’s health issue – that’s as big a lie as Planned Parenthood’s business not being abortion.

Abortion is not contraception. Abortion is murder and all murder should be illegal.

It’s not complicated nor difficult to communicate. We need to be willing and able to cut through the shrieking rhetoric with clear, true statements: Abortion is murder. Murder should be illegal.

Over and over when disciplining my kids, I remind them that two wrongs don’t make a right, someone else’s sin doesn’t make yours ok, sinning in response to being sinned against is still sin, and no one else is at fault for your sin. Sin never makes a situation better, only worse. People can be in worlds of trouble, sure enough, but lying or murder or theft never got anyone out of trouble. Sin is never the solution.

There is no circumstance so dire that killing someone will make it better. Not yourself. Not an aging parent. Not your child. Not someone else’s child.

For my whole lifetime, the Right to Life movement has been active, proclaiming the truth that life inside the womb is actually life, a person, an individual with rights who should not be executed for the sins of the parents.

They believe that whether or not the baby is the womb is valued as a person is the mother’s choice.

The baby cannot express opinions, cannot act as an individual on his own, so in their worldview he gains value only as an extension of his mother’s individual selfhood.

In this worldview, personhood comes from individual expression and value is a thing imputed by other persons. The mother may impute personhood to her child if she wishes. If she doesn’t, the baby is not a baby, but a parasite to be disposed of.

No wonder they clamor for mainstream acceptance of individual expression, no matter how wild and deluded.

Self-expression and self-actualization have resulted in chaotic cultural insanity, where emotionally unstable youth are mutilated in the name of health. Such practices are not shocking to a culture that has been mutilating its children unto death (and unto research and profit) in the name of health for a generation.

We are not fighting a culture war; we are fighting a spiritual battle. As such, the frenzy of the pro-Roe contingent should come as no surprise.

We are not on the side of neutral family values. We’re not mere social conservatives who want to roll back the clock. Instead, we are calling our communities to orient themselves properly to truth, to stop living lies and acknowledge reality as God made it – before they fall to pieces dashing themselves against Him in rebellion.

So many of our modern rebellions are rooted in wrongly placed notions of personal value and meaning. If we have to express our own individuality to have value and meaning, then we have to do so in more and more outrageous ways in order to stand out and make ourselves noticed.

One thing in this worldview is true: Our value does come from outside ourselves. The baby’s value is not given to himself by himself; it is not due to the beating heart or the cute toes.

For those who aren’t even sure how or why their own selves have value and meaning, who don’t know where identity and personhood comes from, it’s no wonder they can’t track an argument based on proving the personhood of an unborn child.

Humans have value because God created humans with value. He made us in His image, imbuing us with inalienable value and well as inalienable rights. Our value comes from outside us, but not from our mothers, not from our audience.

Whatever gives us value, purpose, and meaning is our god because the One True Creator God put that desire in us to fulfill it Himself. It is His place in our hearts.

Whatever else we try to put in His place is an idol. And idols never satisfy, idols demand blood, idols promise peace and comfort and deliver fear and violence.

Also, idols will be toppled.

The baby in the womb is not valuable due to natural human sympathy piqued by the ultrasound photo. The child is not valuable because (or if) he inspires love in his mother’s heart. The teen is not valuable if or because of comments full of emojis are left on her selfie. The woman’s value does not increase as her production increases.

All people have value because that’s the way God made people.

Anyone and everyone who does not know God is searching for worth and meaning. It is just another way of searching for God. As they hunt, every source other than God Himself will ring hollow and prove false.

That is what we are seeing. We are seeing one idol topple. Its worshippers wail.

It is true that their wailing cries are illogical and even nonsensical.

But logic and sense won’t quiet them.

Logic and sense are no gods either. In fact, the reason we’re in this mess in the first place is the band of thinkers 250 years ago who thought we could have logic without God.

They got rid of God in the public square, Christians acquiesced, and now there is no coherence or logic there either.

Those upset over Roe being overturned need God. Only God can calm their fears and give them the meaning and purpose they are looking for. Only God Himself can atone for blood guilt through Christ’s blood, shed for the forgiveness and restoration of sinners.

I never expected Roe v. Wade to be overturned in my lifetime. It seemed like a foregone conclusion, a lost battle.

I believed it was important to make noise over abortion and pray for it to end, but I didn’t really expect to see results beyond individuals here and there choosing life instead of murder.

Those small, local results were enough. That was all the victory we should expect and work for.

Yet here we are. Roe is overturned and abortion is counted as murder in many states – just like that.

As I blink in astonishment at the news, as I sing Psalms with a crowd to offer celebratory thanksgiving to God, as I give a toast with my children who really are the Pro-Life Generation, I realize there’s so much more I don’t expect that just might be possible after all.

I realize that I don’t expect the Enlightenment itself to be overturned in my lifetime. I believe it is inevitable that it will fail and fall like all idolatries, but I expect only to see the ruin, not the salvation.

I believe it is inevitable that the Great Commission will be fulfilled, yet I don’t expect to see revival in my lifetime.

But I am satisfied with the answer being a single person saved here and there.

Certainly, each person saved is a victory to celebrate, but what if Lewis & Piper were more right than they realized?

We are far too easily pleased.

We are watching Psalm 2 in action before our eyes in the country. Those who set themselves against God are raging because right in the midst of their victory pride parades, God flicked his little finger and Dagon fell. God is on His throne, laughing.

Our response should be renewed excitement and prayer that God would continue to move in unexpected ways, that He would bring revival to a country that seems dead-set against it.

Who can change a sinner’s heart? The Holy Spirit alone.

God triumphs over His enemies by making enemies into friends through the reconciling blood of Christ. We all were originally, in our sinful selves, enemies of God, alienated and hostile. God raises the dead, breaths life, and restores sinners when we are beyond hope.

May He do that work more and more in a mighty way before the eyes of the world, so that we may all rejoice, singing:

This is the Lord’s doing, and it is marvelous in our eyes. Awhile back I was listening to NPR in the car, and they were speaking to a dedicated athlete-musician. I can’t find the segment and I don’t remember exactly what she said, but she was talking about her willingness to accept the drudgery of deliberate, painful, boring practice being an essential element to success in both… 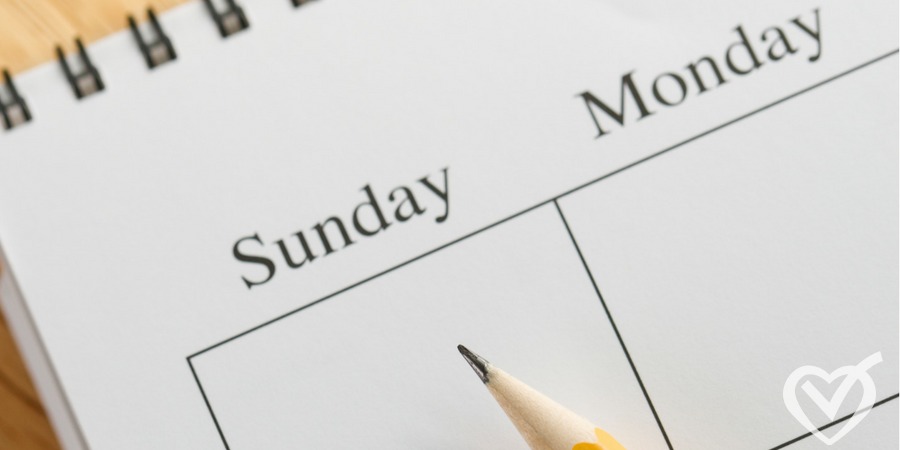